“EuroChocolate” kicks off in Perugia over the weekend - Tuttoggi

“EuroChocolate” kicks off in Perugia over the weekend

“EuroChocolate” kicks off in Perugia over the weekend

Story and photos by Anthony Savvides
Over the weekend, temperatures spiked as Perugia kicked off the 20th annual “EuroChocolate” festival, one of the largest chocolate festivals in Europe. Launched in 1993, EuroChocolate has grown considerably, both in popularity as well as its commercial appeal. The Umbrian capital is home to the Perugina chocolate factory, world renowned for their Baci products. Thus, Perugina is one of the major distributors represented, alongside Nestlé, Cadbury, Milka, Caffarel, Eraclea, Condorelli, Lindt, Eraclea, Cameo and Dulciar. Nestlé has owned Perugina since the early 1980s.
I returned to Perugia for the inaugural evening on Friday, October 19, and was pleased to see Corso Vannucci flooded with people and colorful tents lined up along both sides down the entire stretch of Perugia’s main strip. Tourists and Italians alike flocked to the hilltop city for the first taste of EuroChocolate 2012. I was among the tourists, an American lost in a chocolate wonderland.
The first stop: Choco Checkpoint, where I purchased a ChocoCard for 5€, allowed me to sample products from vendors throughout the festival in addition to discounted prices. Immediately after acquiring my passport into chocolate heaven, my friends and I meandered over to the Angelo Poretti booth located at the far end of Corso Vannucci, just past Piazza Italia. Summer seems to have reared its head in late October, and a cold lager was the perfect remedy.
My friends – from the United States, Brazil, Australia and Switzerland – and I sat in the park and enjoyed our beers while watching a group of children marvel at a magician. After cooling down, we strolled back up Corso Vannucci towards Piazza IV Novembre, stopping along the way for samples of local Umbrian truffles and cheeses, as well as some chocolate, of course. Some of the most popular booths were those offering samples of various chocolate liquors, infused with orange, lemon, red pepper and mint. Another booth that drew a big audience over the weekend: the Vitakraft dog choco stand, which sells a variety of chocolate flavored pet products as well as chew toys, leashes and food bowls.
As the afternoon sun grew stronger and temperatures began to rise, the crowds diluted as many people retreated into their hotels or nearby bars and restaurants for a cool drink and some air conditioning. By four o’clock in the afternoon, though, Corso Vannucci was again packed with chocolate lovers, accordionists, magicians, face-painters and balloon artists. Children could be seen in every direction, their faces often covered with smears of chocolate, many of them licking their fingers clean. The crowds remained until closing time, leading to a very successful – and I believe lucrative – first weekend.
The EuroChocolate festival will continue this week through Sunday, October 28, beginning at 10:00 daily. For more information about this year’s 20th annual EuroChocolate festival in Perugia, check the official website. 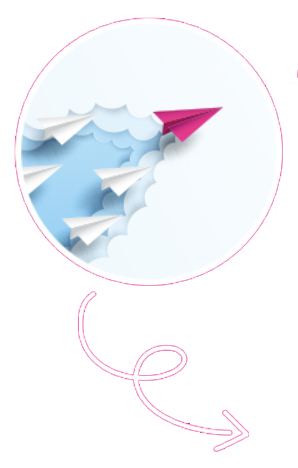